Lucas and I arrived at the field at about 11am. Bob Kovacs, Dave Jamrog and Jim Hartman were already there and had the coffee brewing and the tarp on the west side of the shelter pulled down. Shortly after we arrived Jim Tibits, Justin Rutkauskas, Ray Weller and George Keefe showed up.

The Flying; Of the nine of us three flew. Justin flew his HMB-235 fpv quad, John flew his WMPF Liberty XL and Bob flew a low wing plane that we on skis, twice! The 15/20mph wind made it very challenging to fly. With the wind blowing I was able to do a backwards rolling harrier for a few seconds. Bob did a great job flying in the wind, His little yellow plane didn’t seem to care about the wind at all. It was enjoyable flying and watching.

The Food; Bob brought a pot of chili, coffee and some peanut butter and fudge squares and Dave brought some corn bread muffins. Everything tasted great and helped warm us up. It was fun spending time with each other reminising about the past year and about about the year to come.

We had a great time hanging out at the field today. A couple guys commented that we should do this again this winter and forsure New Years Day 2017. If you were not able to make it today watch your email for possible Winter Chili Fly in the near future. Thank you to all the guys that did come out. 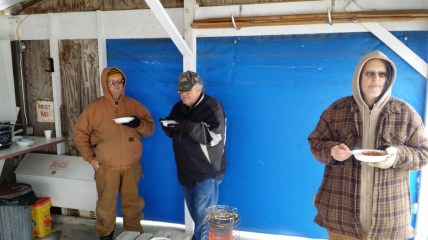 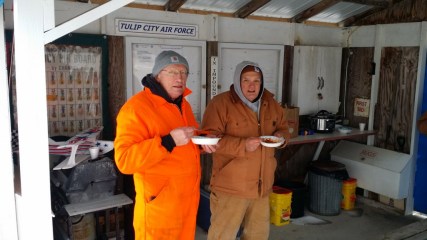 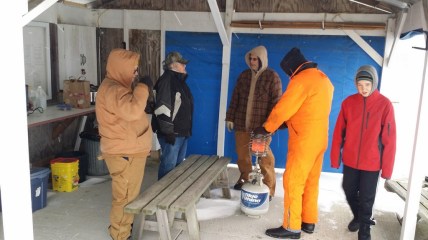 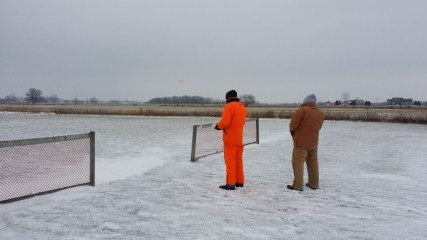